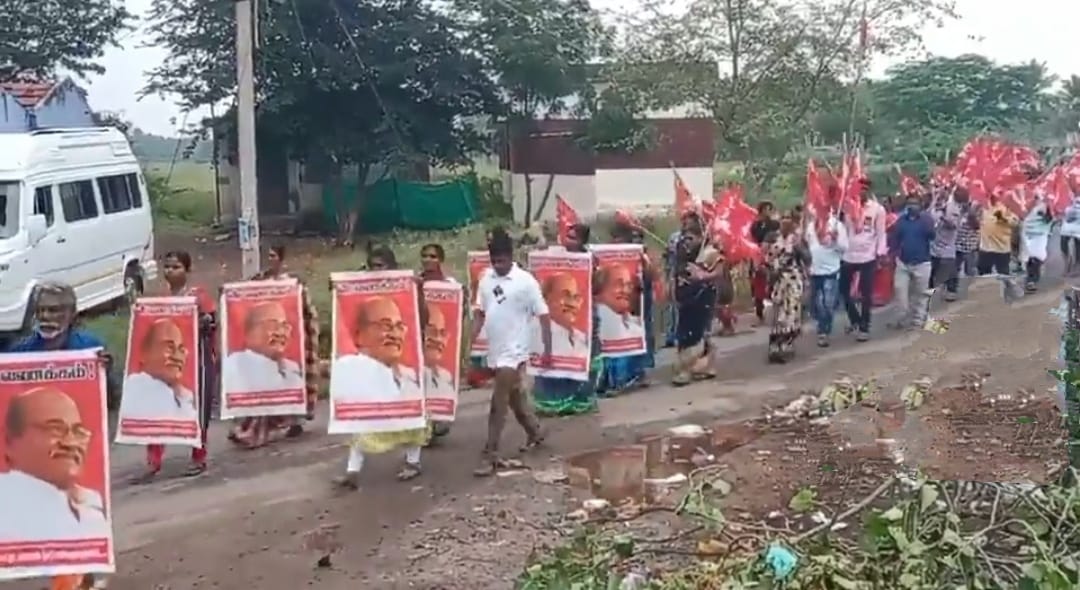 Comrade Shanmugaraj, popularly known throughout the party as, Comrade NK Natarajan, was born on 29 Dec 1955 to his parents, Valliammal and Kodariyapar, in a village called Arasa Pillai Patti near Ottanchatram in Dindigul district of Tamil Nadu. He completed his schooling in Ottanchatram. He studied, until his post-graduation, at Palani Andavar College of Arts and Culture. He used to engage himself in serious philosophical and political pursuits during his college days. Studied Gandhian philosophy, teachings of Vivekananda, and the views of JC Kumarappa.

Through Comrade Muthuraj of Karatupatti, he got introduced to revolutionary politics, Charu Majumdar, and the Marxist-Leninist Party. He became a whole-time party activist in the early 1980s. He was also a newspaper reporter for a while before. He began his life as a whole timer of the party by organizing laborers of the plantations of the Nilgiris district. He worked among mill workers of Coimbatore during the period of severe oppression. He worked for a long time in Namakkal, Erode, Salem, and Dharmapuri districts of Tamil Nadu, as district secretary and in various capacities. He has spent considerable time in Kumarapalayam and Pallipalayam areas of Namakkal and Erode districts organizing militant struggles of the most downtrodden power loom workers. He was also successful in building the party among them. He served as the state General Secretary and also one of the All India leaders of AICCU, which is committed to the cause of revolutionary trade unionism. He lived a simple life among unorganized workers, led their struggles for life and livelihood, and also recruited them to the revolutionary communist Party.

In the district of Coimbatore, he organized workers from various factories, formed several unions, and played an important role in the militant movement of Pricol workers under the banner of AICCTU. He also faced several cases and imprisonment for the struggles of workers and the common people. As a communist activist, his love for people and his commitment to class struggle were immeasurable. He enjoyed the utmost love and affection of the people, workers, and party cadres.

Comrade Natarajan, fondly called as NK by everyone, was a member of the party's state committee for a long time. He was elected as the party's state secretary in 2019 when the party was experiencing some issues. He was elected to the Central Committee of the party in 2020. He was unanimously re-elected as the State Secretary in the State Conference of the party held at Trichy on 26-27 November 2022. He led the party in its expansion to 28 districts in the state. He upheld left unity and strived to bring the left, democratic, and progressive forces on the agenda of anti-fascist struggles. He was touring the state to make successful the party congress to be held at Patna in February 2023.

On December 10 (Human Rights Day), while addressing the party's Dindigul District Committee meeting, he suffered from breathlessness around 4 PM and was taken to the Dindigul Government Medical College Hospital, after first aid in some private hospital. Despite all our best efforts, we lost our comrade NK around 6 PM on the same day. The entire party is still struggling to believe that comrade NK is no more.

Comrade NK Natarajan’s body will be cremated today (11 Dec 2022) at 4 PM at his native village, Arasa Pillai Patti. The party’s state leaders, activists, and leaders of the Left and progressive movement have paid rich tributes.

Comrade K Balakrishnan, the state secretary of the CPI(M) visited the village and paid rich tributes to NK. He admired Com NK’s commitment towards Left unity and appreciated his efforts to build an anti-BJP struggle by joining hands with the Left, democratic and progressive forces in the state.

Comrade Balamurugan, one of all India secretaries of PUCL, fondly remembered his long association with com NK Natarajan and also hailed his sincerity and commitment towards the cause.

Tens of thousands of party members, lakhs of members of mass organizations, the stronger and bigger party were his dream. Let us resolve to fulfill his dreams and carry forward his ideals. 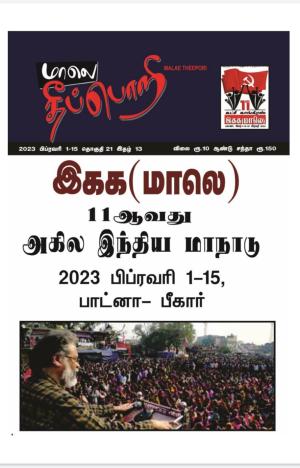 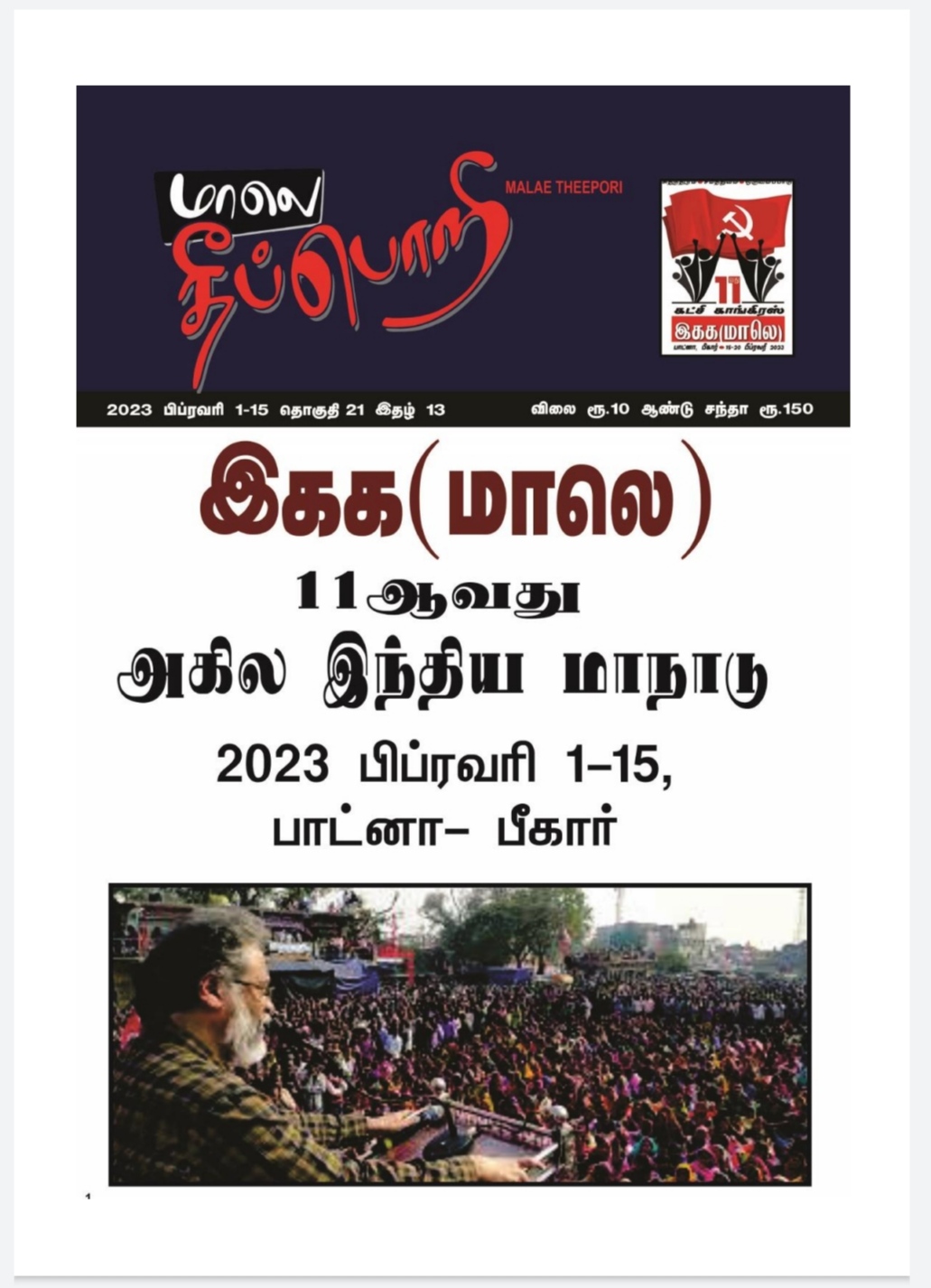